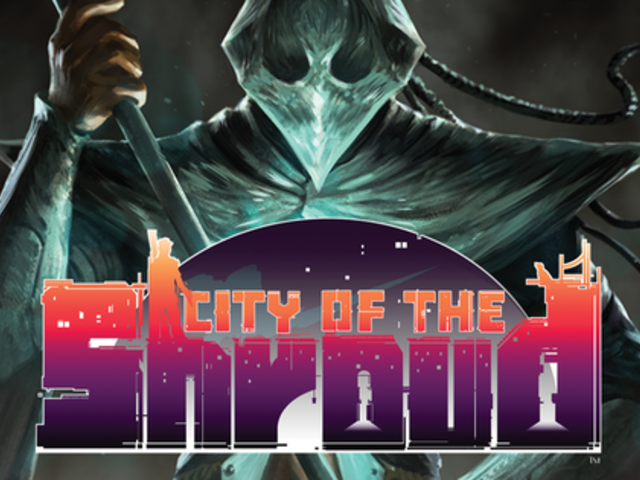 City of the Shroud

A tactical RPG where all players' choices come together to drive a living story, created by a AAA veteran and a chart-topping author.

Latest Updates from Our Project:

With the holidays behind us, I wanted to give you a quick update on the status of Chapter 2.

Per the last update, the script for Chapter 2 is written, and we’ve also got the quest logic roughed in. But just when we were going to start plugging everything into the game’s database... Moira bravely sacrificed her arm to save her child.

That’s perhaps an overly dramatic way of putting it, but just as we were getting back from the holidays, Moira took a nasty spill on some ice while carrying her baby and, though she used her black-belt reflexes to keep the baby safe, she dislocated her (dominant) arm in the process. Ouch. (The baby is fine!)

This all means we’re waiting for her to heal for a couple of weeks before we can finish getting Chapter 2 hooked up and put through the QA wringer. This also means that, since release, we’ve had 4 cases of the flu/mystery illness in a row and then a critical injury. It keeps life interesting, but I think we’d all prefer a slightly more predictable schedule with fewer physical ailments.

We’re sorry for the delay - please bear with us while we heal/get it finished!

We’re hard at work on Chapter 2, so I wanted to take a quick moment to update you on our progress and to give you a small preview of what’s coming.

First, a recap: after Omar pulled ahead of Zem during the last few days of Chapter 1’s influence period, the current standing among the faction leaders is:

You can read the full recap here!

With Azura ascendant and her ally Sohrab left vulnerable, what does that spell for the city? Thanks to you, the old alliances are crumbling, but what will take their place is in its infancy. This tumultuous situation will be felt throughout the city in Chapter 2.

In terms of our progress, we recently locked the script for Chapter 2 (it’s quite meaty, especially when you consider having all five factions in there) and are preparing to get everything hooked up and tested.

At the same time as we’ve been updating the AI, we’ve also been coming up with the boss battles you’ll face. We’ve settled on something we think will give you a solid challenge, and look cool to boot (we’ve made new visual effects for some of the enemy abilities you’ll encounter).

Designing and implementing bosses takes a lot of work (especially since we spent a good chunk of time focused on AI improvements), but we hope you’ll enjoy what’s coming.

The holiday season tends to slow everything down substantially, but we’re going to get as much as we can done before family obligations kick in. We’ll keep you updated as we get closer to Chapter 2’s release!

And as for what you’ll encounter once it arrives: the city is more divided and fearful than ever before, and the old alliances are crumbling. As the evil plaguing the city grows bolder, its leaders continue to focus only on themselves and their grudges. Even gestures of goodwill towards the people carry not-so-hidden meaning, and the people are becoming more and more frustrated. And Sohrab’s diminished status has not gone unnoticed...

Chapter 2 focuses on the city - your quest will bring you into contact with people who are caught up in the chaos but are trying to do what’s best, either for themselves or for those they care about. The movements of the faction leaders still play a prominent role, but you will be seeing more of their impact on the citizens of Iskendrun this time around.

This is a quick announcement to let you know that the influence period for Chapter 1 will be wrapping up in just under two weeks, on September 10.

That gives you two more weekends to complete Chapter 1 in order to make your mark on Iskendrun’s Balance of Power and the city’s leaders!

Once the Chapter 1 influence period ends on September 10, the Balance of Power and other under-the-hood influences will be locked in and will no longer change (you can still play the game as much as you want!). This will let us begin parsing your decisions and writing Chapter 2!

As a reminder, this is how the system works:

If you have any questions, please let us (this announcement is cross-posted on our Steam forum as well)! Now get out there and make your presence felt!

Today is the big day! Chapter 1 of City of the Shroud is out on Steam for Windows and Mac! Check out our launch trailer below:

Now that the game is out, feel free to share your experiences and thoughts online! Hopefully they’re positive and you’re having a great time :)

We’d also like to ask you for a favor - if you are enjoying the game, we’d really appreciate it if you’d leave a review on Steam! Here’s a link to our Steam page:

Seeing reviews on a game’s page is always helpful both for understanding what it is and whether someone may like it. It also helps show what other players find special about the game! Valve no longer counts reviews from keys received outside of Steam (i.e., Kickstarter) in order to prevent bad actors from being able to bribe people with free keys in exchange for positive reviews, but as someone who checks reviews, I appreciate being able to see what other players think before making a decision, regardless of how the algorithm is treating any individual review.

Thank you all for believing in our project - we could not have done this without you, and we are still half in disbelief that the game is out and people are playing it (and liking it!).

Now go play and help shape the fate of Iskendrun!